Prevention of xenophobia and political extremism

Interethnic relations in present continues to be one of the most complex, urgent problems of our society. On the political map of our State, there are still regions with high potential for long-term ethnic conflict. A special place in the creation of tension problem of internal and external migration, which has increased substantially in recent years. Consequences of hushing up this issue, the authorities and society, lack of perspective, solution to the problem can be observed in the countries of Western Europe.

Over the past few years, Russian society severely progressed in understanding the real situation of interethnic relations in our country. Tema interethnic conflicts in today's Russia, finally ceased to be "taboo", were developed and adopted by the relevant State programmes, established specialized institutions and public organisations whose activities are aimed at creating favourable conditions for the maintenance of social stability in the sphere of inter-ethnic relations.

Within the framework of statutory activities and the implementation of the programme "to create favourable conditions for self-realization of personality and the formation of the healthy way of life", Charity Fund "all together" is the integrator of various ethnic cultures and communities. In 2016g. employees of the Fund was held numerous outdoor activities with youth representation of national communities. 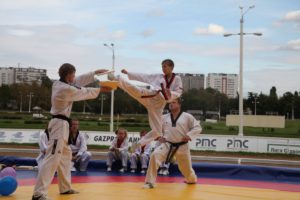 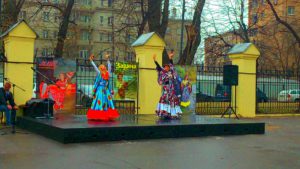 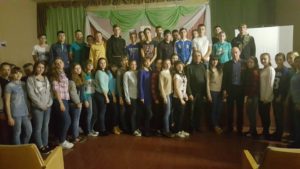 Based on your experience, interaction with representatives of ethnic communities and regular consultations on this issue with the SBD "Moscow House of nationalities", it became clear that the fundamental factors of national intolerance are estimated differentiation of inter-ethnic, inter-group features, built on the principle of "ally-alien" and lack of public awareness about positive cultural characteristics of each people.

The planned "Sports Festival of the peoples of Russia" will demonstrate its traditional joke different nationalities of our country to all comers in a mass celebration, which in turn will create an atmosphere of inter-ethnic unity and understanding.

Festival of ethnic sports at the Hippodrome

Pancake week at the Hippodrome

International day of the Roma